Lesotho may not pop up on many people’s radar as the most obvious ski destination. Africa, is after all synonymous with the big five and open savannahs, not snow capped mountains. However, as the only country in the world that lies completely above 1,000m and with more peaks per square kilometre than any other African country, Lesotho is indeed blessed with fantastic topography. Does it get snow you ask? Yes it does, sometimes even year round on the very highest peaks.

Skiing is now one of the main tourist attractions for Lesotho, seeing thousands of enthusiasts streaming in from surrounding South Africa. Lesotho has only recently started to develop its commercial skiing and snowboarding, even though the first ski club (Club Maluti) was founded as far back as 1968, when the first hut was built in the northern Lesotho highlands.

Unfortunately, there is no way of guaranteeing the presence of snow. The best time to go is over the winter months between June and August. But snow or no snow, the Lesotho terrain is beautiful and the mountain walks will take your breath away. 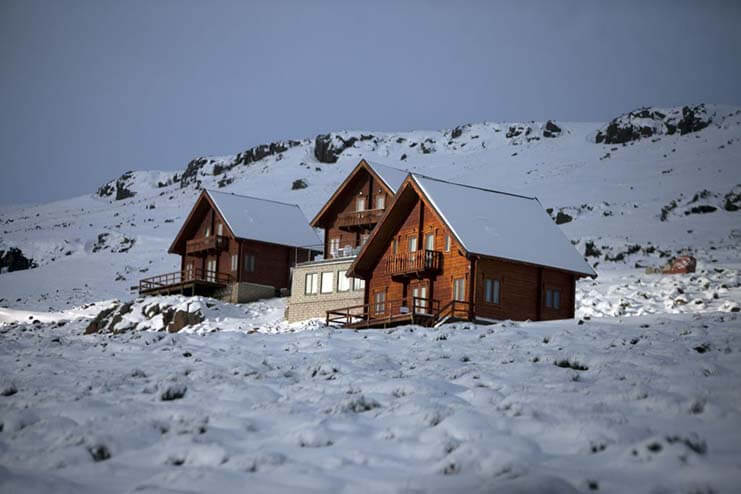 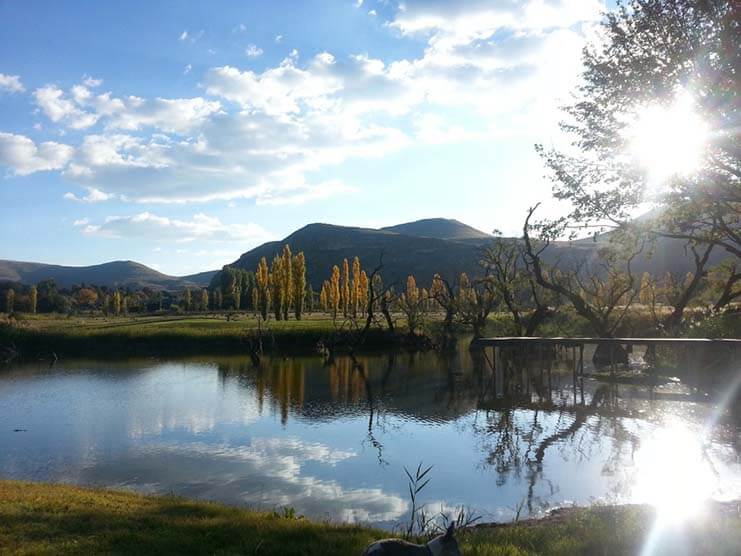 Known as the “Jewel of the Free State”, Clarens is located in the foothills of the Maluti Mountains, approx. only a 1 hour drive from the Lodge. The exquisite views, the tranquil atmosphere, and the mild climate has drawn many artists to the region and prompted many little art and craft galleries to pop up around the town.

The town itself is as picturesque as the surrounding countryside, with sandstone buildings, and the famed ‘Clarens Castle’

One of the many highlights of Lesotho is a visit to Katse Dam, centrepiece of the Lesotho Highlands Water Project which channels the water of the Lesotho Highlands via an incredible series of dams and tunnels through the mountains eventually coming out of the Ash River Outfall near the town of Clarens in South Africa’s Free State province where it gravity feeds to supply Johannesburg and Pretoria with water.It was touted as the greatest engineering project in the southern hemisphere in the 1990’s when it was under construction. Nowadays the sight of the massive dam hemmed in by the mountain valley is well worth beholding!

For visitors, there is an information centre, which features a model of the whole project, showing all the phases. You can also go on a tour of the dam wall which is arranged by the Lesotho Highlands Development Authority Visitor Centre. The Katse Botanical Gardens is an added attraction.There are 2 tours per day 9am and 11 am. No bookings, you just show up. The 11 am tour tends to be very busy on long weekends. Depending on where you are staying and the distance from Katse, the 9 am might be a better bet. 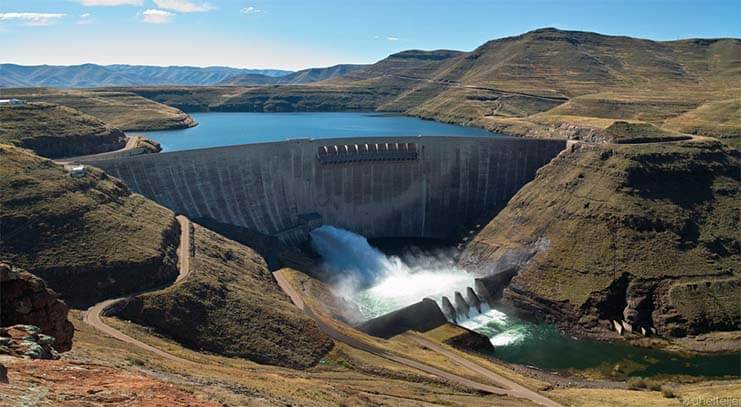 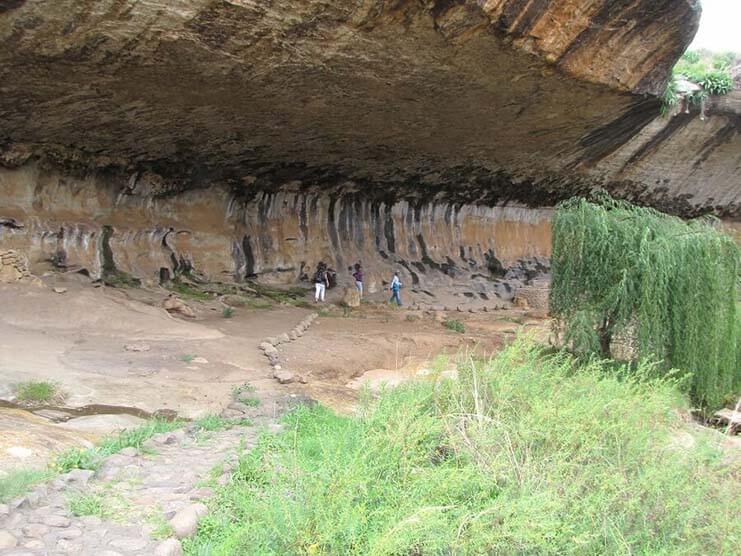 The Liphofung “place of the eland” cave occupies an important place in Lesotho history. This is the smallest of the LHDA reserves at about 4 hectares. The cave is in fact a large sandstone overhang, which is a typical feature of the Lesotho lowlands region.Originally used by the San and other Stone Age people, the walls contain important rock art and a rich archaeological deposit of Stone Age implements. Later, King Moshoeshoe “the Great” used the cave as a stopover when visiting that part of the kingdom.

This particular site lies in a tributary stream valley of the Hololo River just off the main route from Butha-Buthe to Oxbow and Mokhotlong. Access is by means of a newly constructed concrete road and is passable for all vehicles.A small visitor’s centre incorporating a display of Basotho culture and San rock art has been developed, along with ablution facilities and a small shop. The site is proving to be a popular destination with school groups and tourists en route to Oxbow and AfriSki.The site was developed almost entirely with local labour and artisans. This means that most of the development costs have been ploughed directly back into the local community. This, in turn, has led to a very strong sense of ownership of the facility by the local communities.

Bokong Nature Reserve is one of the highest reserves in Africa. It lies at the top of the Mafika-Lisiu Pass, leading to Katse Dam and reaches an altitude of 3090m above sea level.There are some outstanding views across the highlands. However the reserves highlight is the Lepaqoa Waterfall, which freezes in winter to form a column of ice.

The visitors’ centre (open between 08:00 and 17:00 daily) at the Bokong Nature Reserve is perched on the edge of a 100m cliff, was built with the aim of educating visitors to the kingdom about the ecology, geological and palaeontological history of the Lesotho Highlands. You may see cattle posts (metebo) which are the ruins of interconnected cattle shelters and kraals for stock that were built from stone.

For visitors, there is an information centre, which features a model of the whole project, showing all the phases. You can also go on a tour of the dam wall which is arranged by the Lesotho Highlands Development Authority Visitor Centre. The Katse Botanical Gardens is an added attraction.There are 2 tours per day 9am and 11 am. No bookings, you just show up. The 11 am tour tends to be very busy on long weekends. Depending on where you are staying and the distance from Katse, the 9 am might be a better bet. 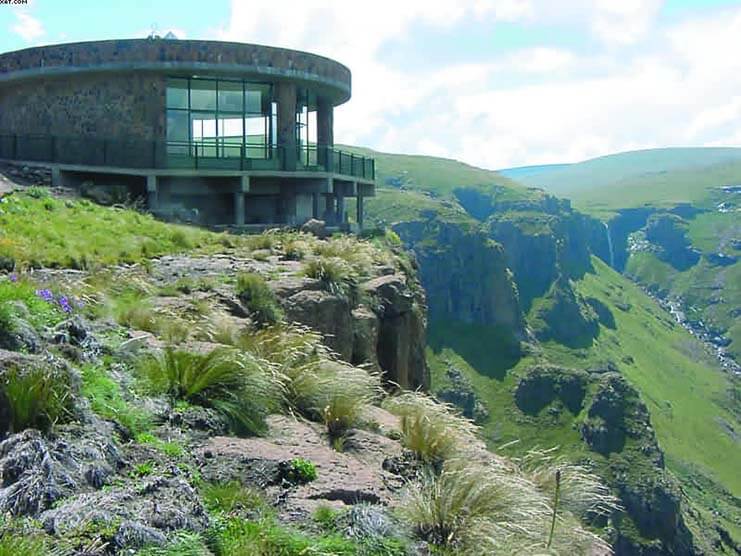 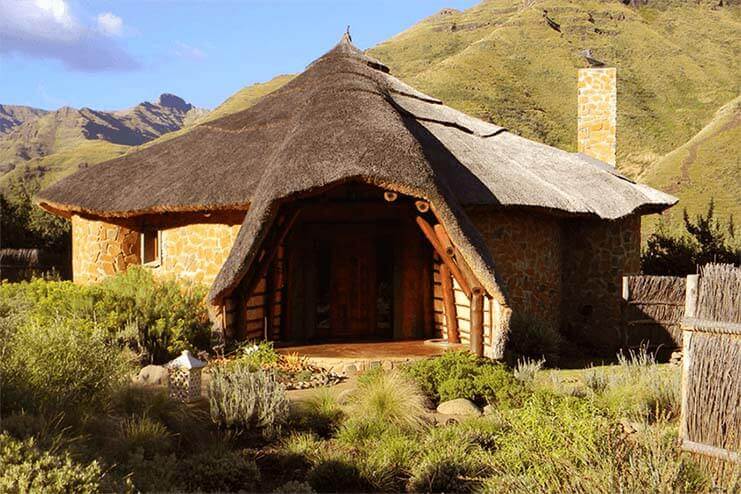 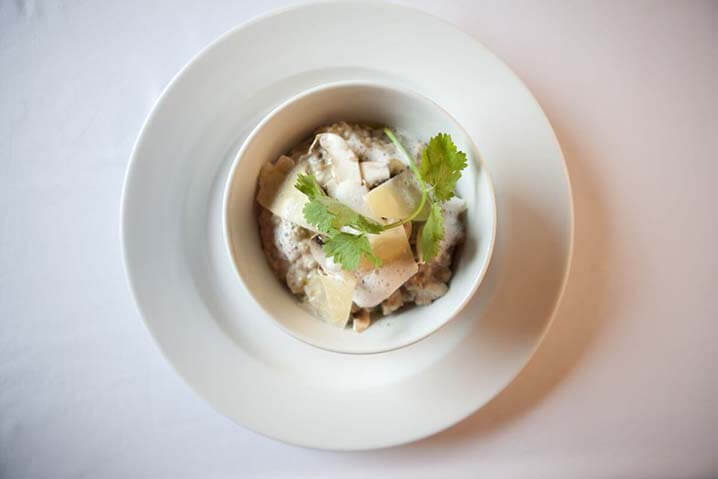 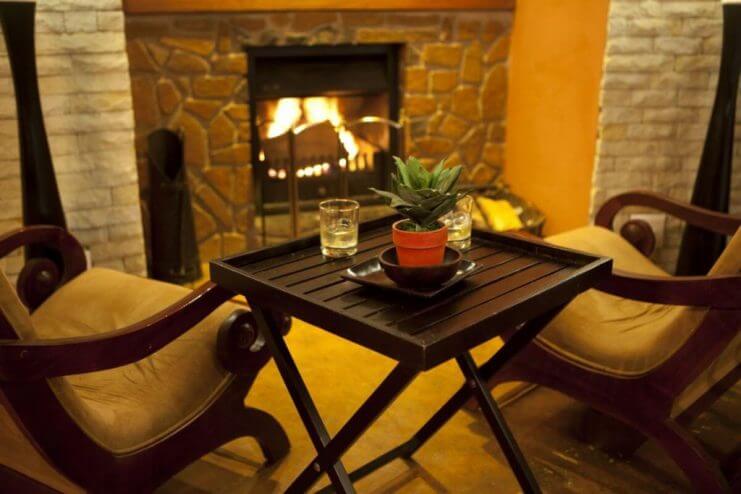